Lineapelle93: the story of the fair

Since day one the atmosphere in Fieramilano Rho was full of optimism and hope. The number of online registered people to take part in Lineapelle93 and the fist signs of a slower but steady sectorial recovery gave hope to exhibitors and organizers, always careful to the success of each event. Our associated tanneries and their owners were very satisfied with the return of Italian and European customers, as well as the confirmation of eastern and Russian ones. A three-days fair that has been very useful to understand the current state of the market and the new trends for the coming months.

Lineapelle93, which launched the Winter Season 2018/2019, confirms the growing trend of previous editions. Numbers of this edition were hearthwarming fot the organizers: a total of 1.284 exhibitors, 3.5% more than the September 2016 edition and 7% more than February 2017. Specifically, there has been also an increase in exhibitors from Italy, +5%, and from abroad, +1.4%. The latter come from 48 countries, which confirms once more that Lineapelle has become the international reference event for the entire leather industry. But not only, because the number of visitors has increased from previous editions: 21.687 – 5% more than the September 2016 edition.  This may be also due to the decision to postpone of ten days the start of the fair, so as to distance itself from theMicam: a choice that seemed to be winning right away and that should be repeated for next editions.

Now the appointment is for Lineapelle94, which will be held in Fieramilano Rho from 20 to 22nd February 2018 and where the Summer collections 2019 will be presented. In February 2018 edition also our Consortium will have a stand  showcasing the collections of young designers participating at Craft The Leather 2017. Visitors will have the chance to vote for their favourite one, as already happened in the previous edition. 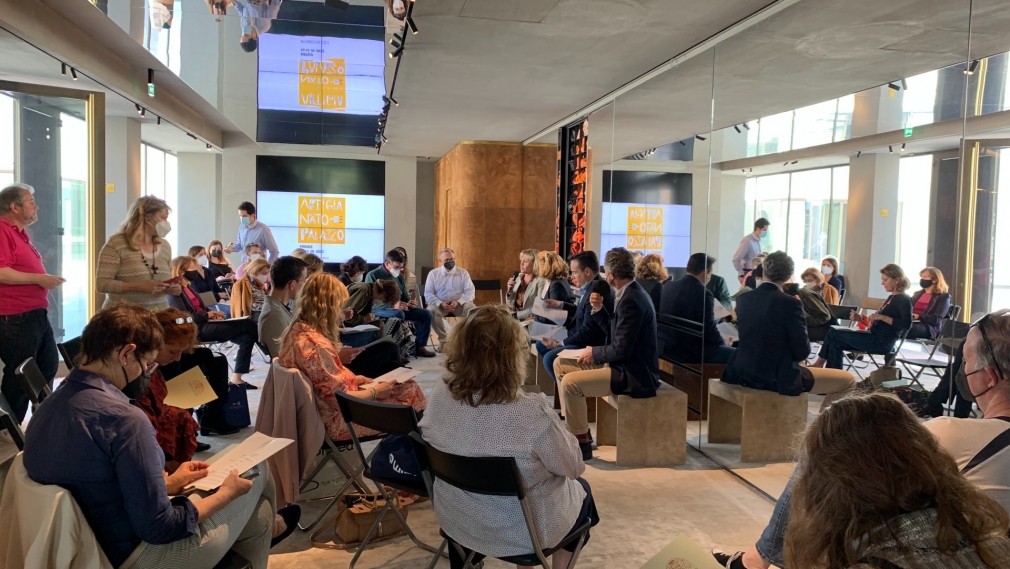 In Milan the press conference for the presentation of “Artigianato & Palazzo”

by Editor May 12, 2022
Show CommentsClose Comments