Recently Marco Bianchini, historical cartoonist of Tex, Dylan Dog and other comics, has been our guest. He’s also a testimonial of Consortium. We asked him some questions and he answered telling about himself, his story and career.

Dear Marco Bianchini, your name is in the history of comics. Tell us about yourself and your career.

Mine starts to be a long career. I began to draw comics in the late ’70s, when cartoonists paid their dues working on erotic comics. I started there and a few years later I was lucky enough to start working with the publishing house Bonelli Editore and I joined the staff drawing Kerry The Trapper, that was the main character of a series called Commander Mark. Then I started to draw Mister No and I did it for 20 years, then until 2005, the last year of my collaboration with Bonelli, I drew Tex and Dylan Dog. In 2005 I decided to close my career as a designer working in the world of French comics, which is a different world. In Italy you buy comics in the newsstand, while in France you find them at the bookstore and they are real books. So, I’ve been working for 10 ten years with a couple of publishing houses.

Then, there is my own character, Termite Bianca, who came out with Pavesio Edition a decade ago and in my spare time I keep editing it. A hobby, more than a job. I’m also working, together with Patrizio Evangelisti, on a second volume and it will be amazing, hand colored, 100 pages, that will carry on the story by presenting other characters. It will be a graphic novel.

Drawing has been a passion since you were a kid, or not?

It was a discovery: I had a sort of an epiphany. When I was 13 years old I was reading comics and I thought there was someone who thought and designed them. From that moment on it became a mission for me: learning to draw to be a comic artist. I couldn’t do anything else than drawing. When I finished high school I wanted to get to know some comic designers to be able to turn my passion into a job.

Actually I was not so good at drawing but I’ve studied a lot, I committed myself to drawing. It was a difficult and hard path because as long as you do things on your own is one thing, but then when you know professionals who say everything is wrong, you only have to start over.

Was your school career based on education in the arts or did you decide to become  a cartoonist later?

I went to the Scientific High School. When I completed it, I signed up for Physics at Bologna University because my parents didn’t want me to become a comic book artist. At that time it was not considered a profession. My father forced me to do the University but in the meantime I was attending a graphic school. During my college career I took two exams and both of them with no success, while I completed the graphic school with highest honours.

Your work brought you to be the cartoonist of Tex, the legend. That makes you  proud, I guess. Tell us your sensations about this character.

It’s like when you compare yourself with a myth. At the beginning you have such a fear of making a bad impression and you don’t like your work too much but then you slowly relax, even if work is hard because you have to document and you can not go wrong. This comic book is set in the second half of 19th century and for that reason you must be careful with details. When, however, the comic comes out you have a great feedback from the readers and they make you the compliments because you did a good job, there is great satisfaction.

How is a comic born?

The comic is a very particular artistic form because it combines two: writing and drawing. Both must be equivalent because if one of the two prevails over the other, it becomes something else, it is no longer a comic book. It should be a fantastic combination between the writer and the designer. The comic story is born first in the mind of the writer, then comes to life from the hands of a draftsman. So the story will have to be entrusted to a designer with a suitable style. When this happens the combination is perfect and the comic book gets excellent results. There is no other means of communication that has the power of comics because the greatness of comics lies in the fact that at the same time you read, look and imagine. When you move from one cartoon to another there’s an empty space inbetween that you have to fill with  your imagination. Brain, when you read a comic book, is active and also creative.

Sergio Bonelli Editore, where you worked, is an institution. Can you tell us about this professional experience?

Sergio Bonelli Editore was my family from 1985 to 2005. I personally met Mr Bonelli, in the early years he even went to dinner at my home. I’m grateful to them, especially for my professional growth. But one thing I can say is that I would have preferred to draw other characters, but I can not complain. At Bonelli I designed Tex and Dylan Dog so I think that’s fine.

You were also the artistic directors of the International Comics School in Florence. What does the School represent for you and how would you describe it?

My collaboration with the school began in 1992. It was a fantastic experience because I found out that I really like being with young people and while teaching to them I myself learned how I was drawing so many things. The relationship with the students is always mutual: I work with them, I don’t want only to teach. The benefit of these schools is that the relationship with the students is direct, emotional. You can not break away from their ambitions and you enjoy teaching them because then you see the results.

You deal with young people from all over the world every day. What would you say to those who are taking the first steps in this field?

I have always been convinced that ambitions and desires must be pursued. It’s very important to try, don’t let it go. People with the right determination, who pursues a dream or a journey have the moral duty to try.  There’s no guarantee that you get where you hope, but also obtaining slightly lower results will be a great satisfaction, even personal. It’s a test for the soul. Let’s remember that there are many people out there ready to help us and teach this job.

To those who want to start this career I only say to try because then there are enormous satisfactions, even economic because we can work with the whole world, not only in Italy. Italian talents, anyway, are highly sought after, especially in the world of American comics.

In which direction is the comic going?

The comic is in a very interesting phase because it is coming out of the traditional comic strip to get into the comic book, where different stories are told. More intimistic and linked to literature and less adventurous. Even stilistically we’re going towards a new kind of style in which there’s more freedom. In recent years women have also ventured into this sector and their contribution makes everything even more interesting.

What motivated you to accept the collaboration with Consortium?

Curiosity because the proposal was very interesting. The thing that most convinced me is that their bags are still made in the old artisan way, they are very accurate.  I find it very close to what is the work of comic strip artist. I found, therefore, a certain communion of the senses.

Sinccere thanks to Marco Bianchini for his cordiality and willingness 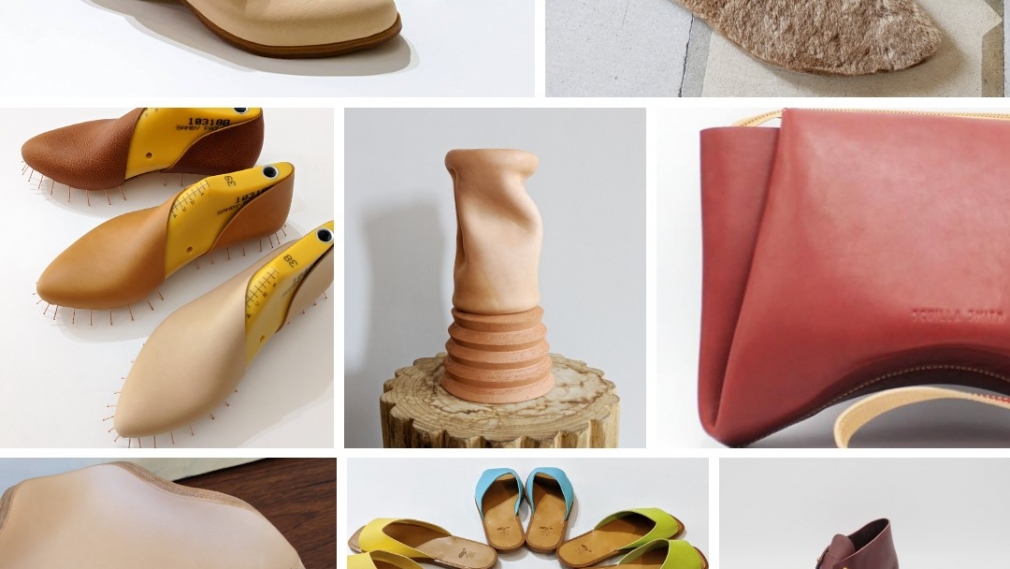 Sevilla Smith: a brand between sustainable materials, ethical production and the customization of the product

Heleen Sintobin, the winner of CTL 2017, and her approach to vegetable-tanned leather